Unable to express his emotions, Josh found himself struggling to cope as a teenager and turned to alcohol and drugs. Hearing a friend’s story of recovery inspired Josh to seek help and make some positive changes to his life. He now runs a resilience coaching business that takes him all over the world to help others.

“My dad had a big problem with alcohol, so I grew up around him being quite chaotic and angry. He died when I was nine and after that happened, I felt like I needed to be brave and strong, especially for my mum. I focused on not showing emotion, being strong and not letting it affect me. Behaving like this meant that I had a lot of emotions that I never dealt with.

"When I started senior school, I suffered a lot with anxiety, but I didn’t know that’s what it was. The way I dealt with the anxiety was by being angry. So, people saw anger over anxiety. I grew up thinking I had anger issues, but in reality, it was anxiety. I was actually very sensitive and emotional.

"As a teenager one of the ways I dealt with my emotions was through alcohol and drugs. When I left school and moved into the working environment, I appeared successful as I got a house and was always working, but internally I was always on a slippery slope.

"By 18 or 19 I was feeling suicidal a lot of the time. My first daughter was born and I didn’t realise at the time but that was quite a trigger for me, becoming a dad. I felt under a lot of pressure as a dad and I felt like I couldn’t do it.

"By 24 I had four kids in a marriage that had broken down. I was living on a fold out sofa at my mum’s house and had about seventeen thousand pounds worth of debt.

I struck up a friendship with the landlord of the pub I use to drink at. He was an ex compulsive gambler, so he’d had addictions too. That was the first time I had such an honest conversation and heard a man talking about how he was struggling and used gambling to cope. He’d stopped gambling and that was so inspiring to me.

"We became close and I began to think that alcohol was my problem. I stopped on 14th May 2012. But by giving alcohol up I had no way of escaping how I felt and my emotions came flooding back. That’s when the panic attacks started. I thought  I wouldn’t ever get well and I felt a lot like my dad. I made the decision to take my own life and went to see my kids for one last time. After spending time with them I realised that I felt such a connection to them I’d never felt before. I changed my mind and realised what was killing me was coming from inside of me. That’s when I started my journey of true resilience.

"I reached out for help and started communicating my real feelings. I told people how I felt and what was going on. Being able to do that meant that I could get what I needed – the right support or even just being able to talk.

The journey I’m on is not about changing the way I feel, it’s about seeking help and getting support for the way I feel. Doing things differently has naturally changed the way I feel. Some of the things that kept me alone in this world have actually connected me to others.

"In terms of seeking help, the things that really stick out for me are the interactions I’ve had with normal everyday people. The landlord of my local pub, my friends and my wife." 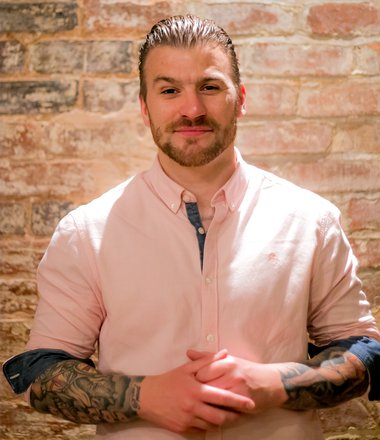 By communicating what I’m feeling they make me feel heard and those moments have been life changing.

"During lockdown I really had to adapt my routine in terms of making sure that I replaced some of the things I used to do to keep me well. The gyms closing was really difficult for me. That was such a big part of my routine, from heading to the gym, being there, showering and coming away refreshed. It was a huge part of my life so that was difficult at the beginning.

"I feel like lockdown has pushed me to become better at dealing with the ever-changing wave of emotions that we go through. It has put us all on emotional rollercoaster and for me it has taken away the things I use to distract myself from my emotions. It’s exaggerated fear and turmoil, which is difficult to deal with.

"I’ve found the online environment quite overwhelming too. I’ve found that social media has become a venting space where I see people close to me reacting to things in surprising ways, which I’ve found difficult.

"If I could say one thing to anyone struggling to cope, it would be that the things you think keep you alone will attach you to more people than you’d ever imagine. You’re not alone. Talk to someone about how you are feeling and it’s likely they’ll understand more than you think. "