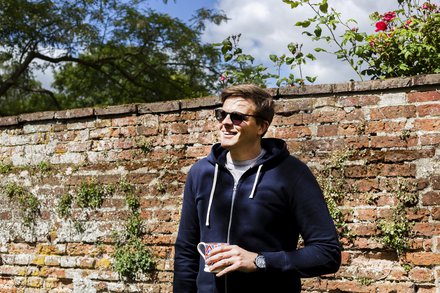 I went through quite a dark period about 10 years ago.

“My girlfriend at the time, who is now my wife, was so supportive and agreed I should go and speak to someone. It was absolutely the best thing I could’ve done at that time. I think of it often when I see really sad stories of young men and we all know the biggest killer of men under 50 is suicide. I wonder if they’ve had a similar experience to me, but for whatever reason they didn’t get help or speak about it, it’s just so important to talk and for someone to listen.”

In March and April 2019, Samaritans partnered with TalkSPORT radio to encourage men to ask for help when they're not feeling okay.

Sports celebrities who have been through tough times shared their stories, and spoke to callers on the Jim White show and On the Sporting Couch with Gary Bloom. 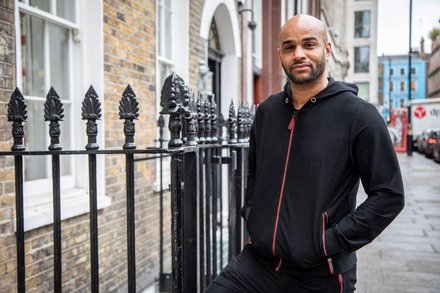 You can climb back up and things will look different.

Leon, a father of five and a grandad, struggled with depression and injuries which affected his career.

Leon’s sister took her own life when he was playing for Peterborough. “I kept strong, but I didn't really know how to deal with it. Later in his career he ruptured his Achilles tendon. “I never got back from it and I did not recover psychologically."

In a hotel room one night, he took an overdose. “I woke up in hospital, surrounded by my family, and that is the worst feeling in the world, the guilt.”

Life went further off the rails, and Leon was sentenced to six months in prison. He began training and wrote his autobiography. “Fitness is a big part of mentally coping for me. It can make your mind calmer.”

Leon turned a corner and he started boxing as a Super Middleweight and won awards. He retired in 2017, and is now a coach and personal trainer, raising awareness of the importance of good mental health and wellbeing. 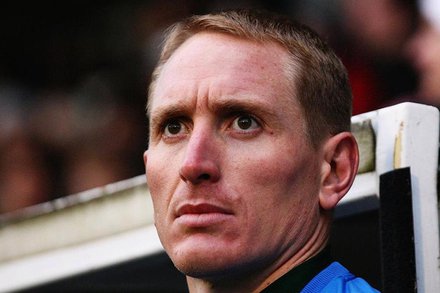 Chris Kirkland had to leave Bury football club when his battle with depression reached crisis point.

“Injuries had a massive impact on me. There was always setback after setback. When I signed for Bury in 2016 my depression and anxiety was at its worst. But I didn’t tell anyone at the club what was going on.

“I couldn’t wait to go to sleep, but I didn’t want to wake up again. We went to Portugal in preseason and I broke down. I rang Leona [his wife] and said: ‘I can’t do this anymore. I need to get help’.

“I went to see my boss said: ‘I’m in a bad way here… I’m struggling.' And he gave me two weeks, he was brilliant. I had a huge weight off my shoulders. I should have told them I was struggling sooner.

"No one used to talk about mental health, so it’s great to encourage men to seek help when they’re struggling." 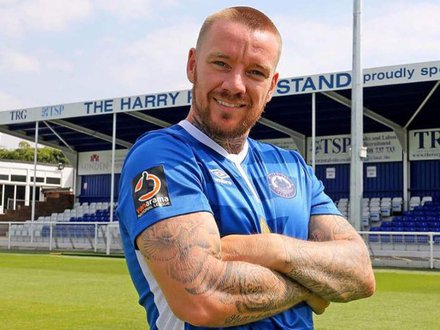 There were a few times I thought about taking my own life.

Jamie O’Hara lost his mum to cancer when he was 17 when he played for Tottenham. When his relationship broke down and he found himself without a team to play for he struggled to cope.

“When my mum died, everyone around me fell apart. I felt sorry for my dad, but I was also angry with him for not being the rock I needed. There was a massive stigma around talking about how you feel and saying ‘I’m not okay’, so I didn’t tell anyone.

“I started going out with Danielle Lloyd and signed for Wolves on a big contract and I got a lot of media attention. That’s when it all came crashing down.

“I walked away from my contract and from Danielle. I didn’t have a job. There were a few times I thought about taking my own life. I felt like the whole world was against me.

"When Harry Redknapp offered me a place to train, that saved my life." 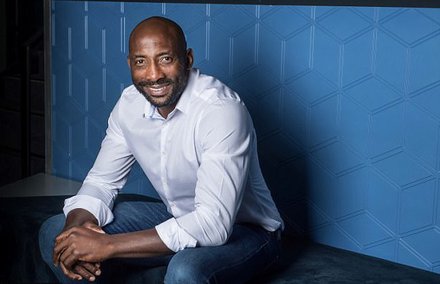 The best thing you can do if you're struggling is talk.

Johnny Nelson is the longest reigning world cruiserweight champion. But at the top of his boxing career, he found himself having suicidal thoughts.

Although Johnny won 45 of his 49 fights, he was feeling low and suffering from depression. “Everyone thinks their problems are nothing compared to the next person, which is why we don’t open up about them.”

"When it came to that match against Carlos de Leon in 1990 I knew I was in trouble. I was petrified, I froze.”

“It took me years to get over that fight. It hurts when you think anybody and everybody looks at you with pity. I didn’t want to say anything, I wanted to keep quiet."

“When people seek help, they expect a curing potion there and then, but it’s not about that, it’s about how you look at life and interpret things that happen to you and experiences you have. As a guy that became the world champion, the best thing you can do if you’re struggling is talk. You’re not weak or any less of a man. .” 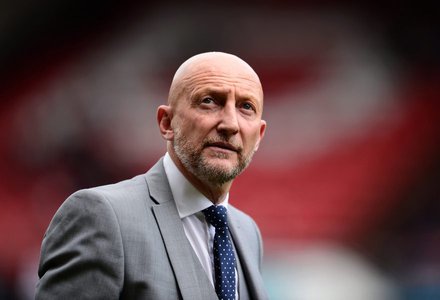 If you’re not thinking straight and can’t cope then it’s not a weakness, you need to go and get help from someone.

Ian and his wife Kim discovered their twins were profoundly deaf at 16 months old. Feeling the pressure to support his family and continue working in football, Ian struggled with anger issues and found himself struggling to cope.

“I don’t know any parent in the world who would not feel like they let their kids down if they didn’t even know they were deaf.”

“The Bristol Rovers job was the worst time for everyone. I wasn’t in the right place there, I was still playing and still learning. That was the hardest time for my family. I had one season where I lived away from my family at one week at a time.”

“If you’ve got negative thoughts, think about two ways to solve it and think about the best one to do it. In football, I would say if you have a sore knee you go and see a physio and that's no problem to get help with that. So if you’re not thinking straight and can’t cope then it’s not a weakness, you need to go and get help from someone.”

Footballers are normal people and if a listener could take something from this it would be to seek help.

“I find it hard to express feelings which is why my second marriage broke down and part of the reason my kids live in England now. It’s my mistakes and I’m the one that has to suffer. And rightfully so. I had already had a breakup of a marriage and my two children had moved back to England from Northern Ireland. That hit me hard and I struggled to come to terms with it. When my second marriage broke down, I found myself verbally bullying her because I was scared of losing my son this time round.”

“The most important thing for anyone suffering from depression is admitting it to themselves. And maybe if I’d had admitted a long time ago things wouldn’t have got so bad for me. It’s important not to bottle things up. You have too much going on in your head. It’s important you have someone you can talk to.” 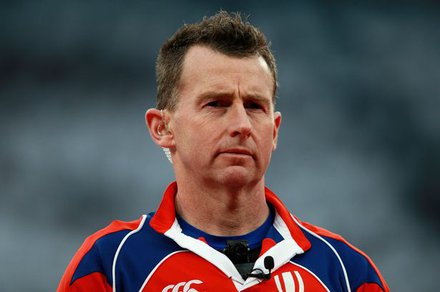 Nigel Owens is the current world record holder for most rugby test matches refereed. He struggled to cope with life when he was in his late teens as a result of confusion around his sexuality and then consequently suffered from eating disorders.

“In my late teens, I started experiencing something I hadn’t experienced before. I was 19 and had a girlfriend but I felt attracted to men and it was an alien feeling. I was taught you get married and have a family. I thought ‘I can’t have people finding out, my parents wouldn’t accept me’."

"One night I left a note for my parents and if I hadn’t had been found and taken to hospital I wouldn’t be here. That’s why this Samaritans campaign is such an important thing. In the macho world of men and rugby, you think sharing struggles is a sign of weakness but it’s actually a sign of strength.”

“My mum said to me at the hospital ‘If you every try and do something like that again you may as well take us with you.’ That is when my life was saved. I didn’t have a choice and I couldn’t choose my sexuality and accepting that was my biggest challenge. Accepting who I was as a person was more difficult than refereeing the Rugby World Cup final." 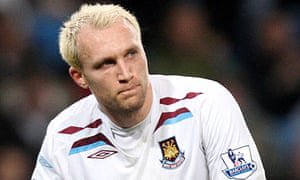 It’s alright to have a bad day. But talk to someone and hopefully the next day you will wake up feeling better.

Dean had a catastrophic ankle injury that ended his career. He struggled to cope as he was sofa-bound with a baby on the way and a family to support.

“You have a lot to deal with; family, financially and the injury itself. I couldn’t walk for three months while my wife was pregnant. That part of my life was incredibly difficult to get things sorted in my mind about what was next.”

"Luckily for me, the people close to me understood. I almost had to say to my wife, “I don’t need your opinion, I just need you to listen”. That worked for me. The next day I would feel great after offloading. It’s alright to have a bad day. It’s alright to have a day with no motivation. It’s ok. But talk to someone and hopefully the next day you will wake up feeling better and more motivated.”

Sometimes writing things down and taking some time to reflect can help you understand them better.

Response time: It may take several days to get a response by email

[email protected] Response time: It may take several days to get a response by email
Find out more

Signs you may be struggling to cope

Some things to look out for in yourself, or someone you know. Read more.