The reasons for self-harm are complex, but it is a sign of serious emotional distress. It is possible to stop self-harming. This is Ruth’s story.

I began self-harming at 14 when my older sister left home for university. She was more like a best friend and a role model than a sibling.

Self-harming is not something I had ever done. I felt hopeless and harming myself did not relieve any of that feeling, nor did it feel like a release. However, it didn’t make anything worse, which I saw as a positive. I was going to tell my parents when I was ready but then my Dad found out. He was clearly concerned and it pained me to see my Dad so disappointed in me, as I just want to make him proud. But for the first time I think he really understood how much I had been hurting. He decided to ring the GP and book an emergency appointment. I could barely speak, and was utterly confused by the feelings I was having.

Because I had been having suicidal thoughts, I was advised to travel to hospital and be seen by a psychiatrist within the hour. I have never had to go to hospital before, and never in a million years thought I’d end up at A&E for my mental health.

The support I received at first wasn’t great. Instead of looking at why I was doing it and the emotional distress I was in, the support focused on techniques to stop me from doing it. It was also very disjointed so when I moved to another county, I found that all my support got dropped and I felt alone and isolated. 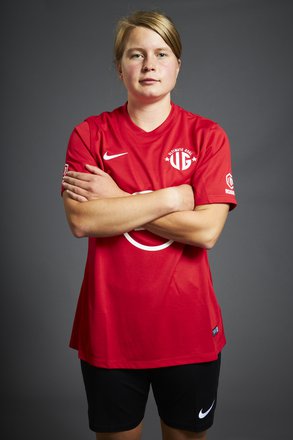 The most useful support when I was self-harming was support from my friends who didn’t judge me, but who gradually helped me begin to stop.

I’ve been hospitalized three times when I’ve felt suicidal. I have called Samaritans for emotional support and I believe they saved my life.

Since then, my mental health has improved, I’ve published a book documenting my struggles entitled ‘Within the white lines’ and the support of my family has been key to my continued recovery.

I’m keen to share my story with the hope of inspiring those currently in crisis and to help improve the support they need.

Find out what support's available

Mental Health services for people who self-harm in England are inadequate, say Samaritans

Charity warns more people will suffer alone if improvements are not made quickly.

How can I support someone who has self-harmed?

It can be hard to know what to say when someone you care for is hurting themselves.

Whether you sometimes think about self-harm, or you’ve already hurt yourself, we’re here. Read more about how we can help.