The reasons for self-harm are complex, but it is a sign of serious emotional distress. It is possible to stop self-harming. This is Faye’s story.

At school I was bullied. At age 13 I had suicidal thoughts which came around the same time the bullying got worse. Secondary school wasn't the greatest time for me. My sister has autism and could be violent both physically and mentally. I started to self-harm because something just clicked and I started to do it.

It carried on for quite a few years and it got worse. When I was 14 I tried to take my own life. I was so unhappy. My body was weak and felt awful. I was seen under Child and Adolescent Mental Health Services (CAMHS) until I was 18, but I also had teachers and a close friend I could talk to. I never spoke to my parents about my self-harming as I didn’t want to upset them.

After I was discharged from CAMHS, I started to feel suicidal and low. I called Samaritans and found that talking really helped me. 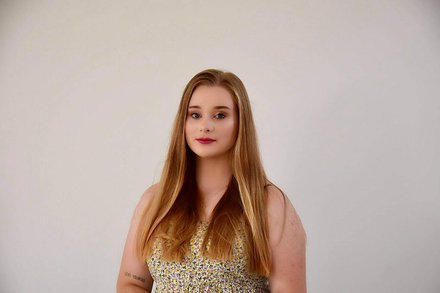 The woman who took my call was lovely, she was a really good listener and it definitely helped me to open up.

At age 18 I fell pregnant and it really changed my view on the world. Up until the age of 17, I didn’t want to be alive due to the bullying I encountered at secondary school. When I was pregnant I found a whole new perspective. I started to eat properly and I looked after myself.

It is early days but I have not self-harmed now for around two years. My advice to anyone who is self-harming, speak to someone, whatever the problem is it can really help. Talking about things can help find the answers you're looking for, you may even be able to answer your own question while speaking about it.

For me, speaking up about how I am feeling helps me look at things in a different way, which can help me understand what I can do to improve things. It also helps me to feel less overwhelmed.

After speaking about my thoughts and feelings I sometimes wrote down the ways in which I could improve certain things. Writing things down is great as it stops me from overthinking and it’s just there on a page in black and white.

Find out what support's available

How can I support someone who has self-harmed?

Read out tips for supporting someone

Whether you sometimes think about self-harm, or you’ve already hurt yourself, we’re here. Read more about how we can help.

Practical ways to help yourself cope

Information on what to do if you're feeling low or struggling to cope.

I want to kill myself

Thoughts of killing yourself can be complex, frightening and confusing.